Greetings from the Guest Editor 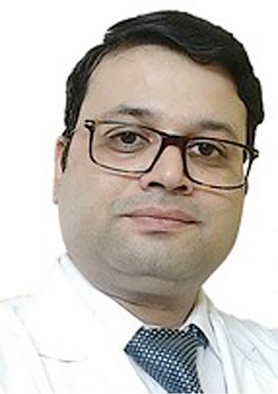 I welcome all to this special edition entitled ‘’. It is a great privilege and honor to be invited as a guest editor of this edition on behalf of (). The journey to third space endoscopy started a little more than a decade ago when Sumiyama and colleagues revealed that submucosal endoscopy with mucosal flap technique can provide a safe access to deeper layers of gastric wall. In the same year, Pasricha and col-leagues demonstrated the feasibility of submucosal endoscopic esophageal myotomy in porcine models. Soon after, Prof. Inoue performed the first human endoscopic myotomy in patients with achalasia cardia. These seminal studies opened the doors to submucosal or third space endoscopy. Initially utilized for achalasia car-dia, the current spectrum of third space endoscopy has expanded remarkably. In fact, it would not be unrea-sonable to conclude that third space endoscopy has been the most remarkable innovation of the last decade. In its present form, submucosal endoscopy is being utilized for the management of a number of gastrointes-tinal (GI) diseases including achalasia cardia, non-achalasia esophageal motility disorders, refractory gastro-paresis, sub-epithelial tumors, and Zenker’s diverticulum.

The topics for this special edition focused on the applications of submucosal endoscopy were selected considering novices as well as experts in the field. I felt that the beginners should know “” in their unit, and therefore, considered it for the inaugural topic of this edition. It was tricky to choose the next topic. Per-oral endoscopic myotomy (POEM) for achalasia is the most common third space endoscopy procedure performed world-wide and would have been a logical next topic. However, it did not appear appealing to me somehow. POEM is not the only modality to manage achalasia. What is the role of other modalities like dilatation and surgical myotomy in the era of POEM? So, I selected the title of next review as ‘’. The next topic discusses the role of POEM in other esophageal motility disorders like Jackhammer esophagus and distal esophageal spasm. These disorders are rare and pose special challenges in manage-ment. My aim to choose this topic was to highlight the importance of technical modifications of POEM re-quired in different esophageal motility disorders. While POEM has been a star performer for almost a decade, recent studies highlight the issue of post-POEM gastroesophageal reflux disease (GERD). How frequent and how severe is GERD after POEM? Can we prevent post-POEM GERD? I wished that these questions should be answered in a separate review which was entitled i.e., ‘Gastroesophageal reflux disease ’. Subsequent topics discuss the expanded role of submucosal endoscopy in GI disorders other than esophageal motility disorders like Zenker’s diverticulum, sub-epithelial tumors, and gastroparesis. Last but not the least, this edition ends with an important topic i.e., ‘’.

I am thankful to all the authors who agreed to contribute to this special edition of . I hope that this edition will provide a comprehensive review on ‘’ and enlighten the novices as well as the experts on this subject.