Achalasia is a rare but well-defined neurodegenerative disorder. It is characterised by a defective peristalsis of esophageal body and impaired relaxation of lower esophageal sphincter in response to swallow. It can occur at any age without any gender dominance with the prevalence of 1/100,000 population.1 Achalasia rarely coexists with other disease conditions. Reported coexisting conditions are pancreatic pseudocyst, mesotheliomas of the pleura, para-esophageal hernia, hiatal hernia, esophageal leiomyoma, and several cancers, such as gastric, pancreatic, hepatic, and esophageal.

The coexistence of achalasia with esophageal leiomyoma is extremely rare due to the insidious onset of leiomyoma.2 To the best of our knowledge, only a single case of coexistence is reported till date which was managed laparoscopically.2 Herein, we share our experience of an incidental diagnosis of esophageal leiomyoma during the endoscopic management of type I achalasia. The patient was successfully treated using endoscopic approach for leiomyoma.

We had three cases of esophageal achalasia coexisting with esophageal leiomyoma. The patients were presented with complaints of dysphagia to solid and liquid. Table 1 summarizes clinical characteristics of the patients. Upper gastrointestinal endoscopy showed fluid, froth, and food residue in the esophageal lumen and tight gastroesophageal junction. Esophageal manometry revealed hypertensive lower esophageal sphincter (LES) and absence of normal peristalsis of esophageal body (Fig. 1). All these findings were suggestive of diagnosis of an achalasia. Hence, peroral endoscopic myotomy (POEM) was scheduled. Patients were intubated and anesthetized. As per the procedure of POEM, esophageal mucosa was lifted away from submucosa by injecting diluted methylene blue dye at 10 to 15 cm proximal to the gastroesophageal junction. An initial longitudinal incision (2–3 cm) was made by triangular tip knife which served as an entry point for the tunnel. The submucosal tunnel was further enlarged by separating mucosa from muscularis using insulated tip knife/hybrid knife. The submucosal tunnel was extended towards the esophagogastric junction; During the dissection, whitish soft tissue lesion was revealed (Fig. 2). This raised the suspicion of presence of leiomyoma. Hence, it was decided to resect the lesion from its surrounding muscular layer using insulated tip knife. Resected tumor was then retrieved out of tunnel using snare through the submucosal entry. The scope was withdrawn from submucosal tunnel. To close the mucosal incision several hemo clips were applied. In view of incidental finding of esophageal leiomyoma, POEM was accompanied with submucosal tunneling endoscopic resection (STER). Histopathological examination (HPE) was suggestive of leiomyoma with immunohistochemistry (IHC) positive for smooth muscle actin, desmin, caldesmon and negative for cluster of differentiation 117. Postoperatively, patients were asymptomatic. On the follow-up of 6, 9, and 12 months, patients were asymptomatic with progressive weight gain. 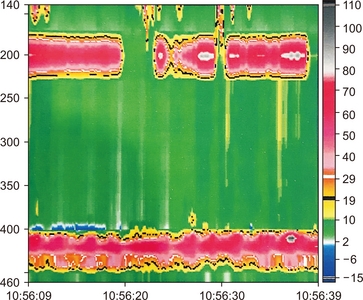 Figure 2. Diagnosis of Esophageal leiomyoma. (A) Histopathology of leiomyoma. (B) Appearance of exposed tumor in the submucosal tunnel during peroral endoscopic myotomy.

Achalasia is a primary esophageal motility disorder. This condition can be diagnosed by endoscopic and radiological studies, but the main diagnostic modality is manometry. The manometric findings of achalasia are characterized by three features: an increased integrated relaxation pressure of LES, incomplete relaxation of LES, and aperistalsis of esophagus.1 Literature search revealed that the coexistence of achalasia with esophageal leiomyoma is extremely rare. The exact incidences are not known but only a single case report is reported in the literature.2

POEM is a novel and minimal invasive endoscopic surgical treatment, widely used in treatment of an achalasia cardia. Inoue et al6 was first to demonstrate safety and efficacy of POEM in human for achalasia in 2008. As an extension of POEM technique, STER was developed by Zhou et al.7 It is also safe, effective and feasible for treating submucosal tumors originating from submucosa or muscularis propria. Additionally, it provides direct access to the submucosal layer which enables the ease of resection and specimen retrieval for HPE and IHC study.7 POEM and STER are two main techniques that are widely used in third space endoscopy. In the present case series, POEM was planned for treatment of achalasia, but we were fortunate enough to diagnose coexistence of esophageal leiomyoma during POEM. To resect an esophageal leiomyoma, STER was performed with POEM. Thus, the second surgery was avoided.